You’re having a perfectly ordinary day when a notification pops up on your phone: “memories from one year ago today.” You open your phone and start scrolling through the suggested photos. You were wearing that same dress a few months prior for a wedding, so you find those pictures next. Zooming in, you remember you’d just gotten your hair cut and want to see how it looked when it was longer, so you keep scrolling to find pictures from two years ago. Before you know it, half an hour has passed, and you’ve entered the compare and despair zone.

In another scenario, you’re out with friends enjoying your time together. “Let’s take a picture!” says someone innocently. You smile through it, worried about the lighting and the angle the picture is being taken from. “Want to see?” Your friend passes you her phone and you can’t help but zero in on your appearance. Enjoying your time with friends has turned into, once again, comparing and despairing.

If this sounds familiar, you are not alone! Photos can be challenging, whether they’re in the moment or from several years ago. It can be fun to look back on old memories, but if you notice you’re ruminating on them, they might be doing more harm than good. If this resonates with you, here are some things to consider:

As able, adjust your settings not to show you memories from this time last year. You may also consider saving photos to your computer rather than your phone and keeping your photo library empty. This doesn’t mean those photos aren’t still available to you, but you’ll be allowing yourself to look at them on your own time instead of being prompted by your phone. You could also consider limiting your time on social media in general.

Why was the photo taken in the first place? Where were you? Who were you with? What memories did you make? The same applies to taking a picture in the moment - thinking about the purpose of the photo (to help you remember a fun event or holiday) can help you to zoom out and see the big picture instead of zooming in on your appearance.

It’s not uncommon to put on our rose-colored glasses when we look at an old photo of ourselves. Use your critical thinking skills, though. Was everything really perfect just because your body looked a certain way? Were you a genuinely happier/better person because of your appearance or is that just the way you were hoping to come across in the photo? If this time last year was objectively better than today, it’s 100% ok to acknowledge that and mourn the loss of that time in your life. But remembering that we tend to romanticize the past can be helpful, too. This also applies if you find yourself comparing yourself to other people. Just because someone presents as “perfect” in a photo does not mean that’s the reality.

Remember that you are often your own worst critic.

We’re often much harder on ourselves than we would be on someone else. Have you ever zoomed in on a photo of a loved one and picked apart their appearance or is that something you reserve only for yourself? If the answer is that you wouldn’t dream of holding someone else to the standards you hold yourself to, it can be helpful to reflect on why you think that is.

Have you ever looked outside at the most beautiful sunset or sky full of stars and tried to capture it with a picture on your phone? Was the picture as good as the view itself? Probably not. The same goes for photos of ourselves – you don’t look the same in person as you do in a photograph because you’re so much more than that.

Remember that your appearance does not define you.

Take a moment and think about someone you admire, like a friend or family member. If you were to say what it is you admire about them, would it be their appearance or something deeper, like their kindness or sense of humor? Chances are, it’s the latter, and others would think the same about you.

It can be natural to have a negative reaction to a photo or to feel uncomfortable being in one. These things can take time to work through and that’s ok! Your relationship with your body today is not the one you will have forever. In the meantime (and always!), it’s ok to set boundaries, like asking not to take a picture or choosing not to look at one that was just taken.

No information on this site should be used to diagnose, treat, prevent or cure any disease or condition. 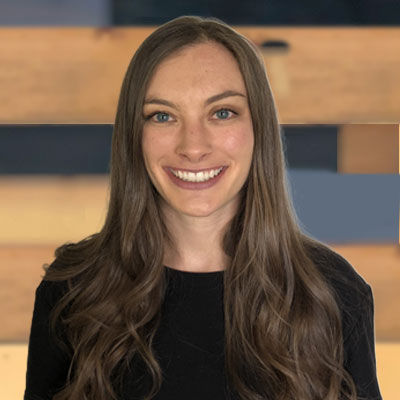 Jessi believes that an individualized approach to eating and lifestyle is the most effective way to make sustainable changes. She strives to help others make peace with food by separating eating from self-worth. Her view is that there are no “good” or “bad” foods because all foods help to fuel a healthy body. Jessi’s goal is to help people tune into their hunger and fullness cues in order to eat what their bodies need and enjoy the experience.

Jessi earned her B.A. in Modern Languages at Loyola Marymount University in Los Angeles, CA, and her M.S. in Nutrition and Dietetics at Saint Louis University in Saint Louis, MO, where she also completed her dietetic internship.

Jessi began her dietetic career in Saint Louis working as an outpatient dietitian for infants, children, adults, and expecting mothers. In Dallas, she has continued to provide outpatient nutrition counseling to people of all ages. Her favorite part of nutrition is meeting new people – even in a clinical setting, food has the power to bring people together.
While originally from Albuquerque, Jessi loves living in the Dallas area. In her free time, she enjoys the outdoors, whether it’s hiking, walking, or finding a park to have a picnic. She also loves to cook and try new recipes to share with friends and family. On an average evening, you’ll find Jessi relaxing at home with her husband, Ben, and cat, Tot.

Stay Up to Date